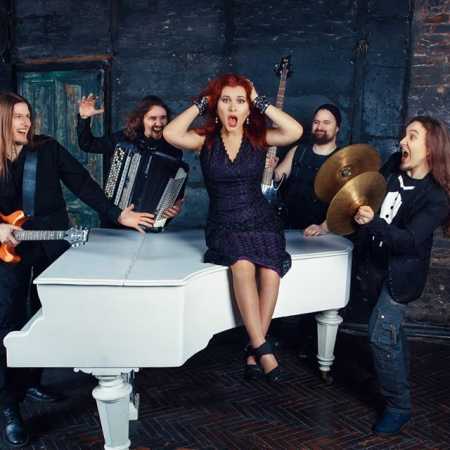 The band "Kalevala" was created by Ksenia Markevitch (ex-Butterfly Temple, ex-Nevid; vocals, texts) and Nikita Andriyanov (ex-Nevid; guitars, composer) in 2007. The style of the band differs from other heavy-metal groups mainly due to expressional melodies, Russian national instruments such as balalaika and accordion, and instruments, which were used in Europe since ancient times: bagpipes, flute, wistle, hurdy-gurdy and others. The music is lively and easy to remember, the band also plays covers of Ukrainian and Cossack songs, and that creates never-to-be forgotten atmosphere of performances. There is also acoustic programme that includes the best of “Kalevala” songs to the accompaniment of accordion, balalaika, cello and piano.