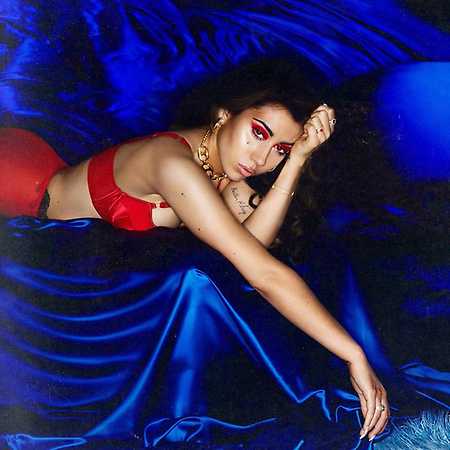 Karly-Marina Loaiza, better known as her stage name Kali Uchis, is a Colombian-American singer, songwriter, record producer, music video director, and fashion designer. She debuted in the music industry with her 2012 mixtape, Drunken Babble, which was described as "genre-defying". She released her first EP, Por Vida, in 2015. Her debut studio album, Isolation, was released in 2018. Uchis stated that she is influenced by music of the 1960s, with its mix of early soul, R&B and doo-wop. She also mentioned that she enjoys jazz, stating during her career beginnings that she draws musical inspiration from Ella Fitzgerald and Billie Holiday. Other musicians she cited as influences on her sound are Curtis Mayfield, Loose Ends, Ralfi Pagan and Irma Thomas. In 2017, she was nominated for a Latin Grammy for "Record of the Year" and was nominated for "Best R&B Performance" with Daniel Caesar for Get You at the 60th Annual Grammy Awards.