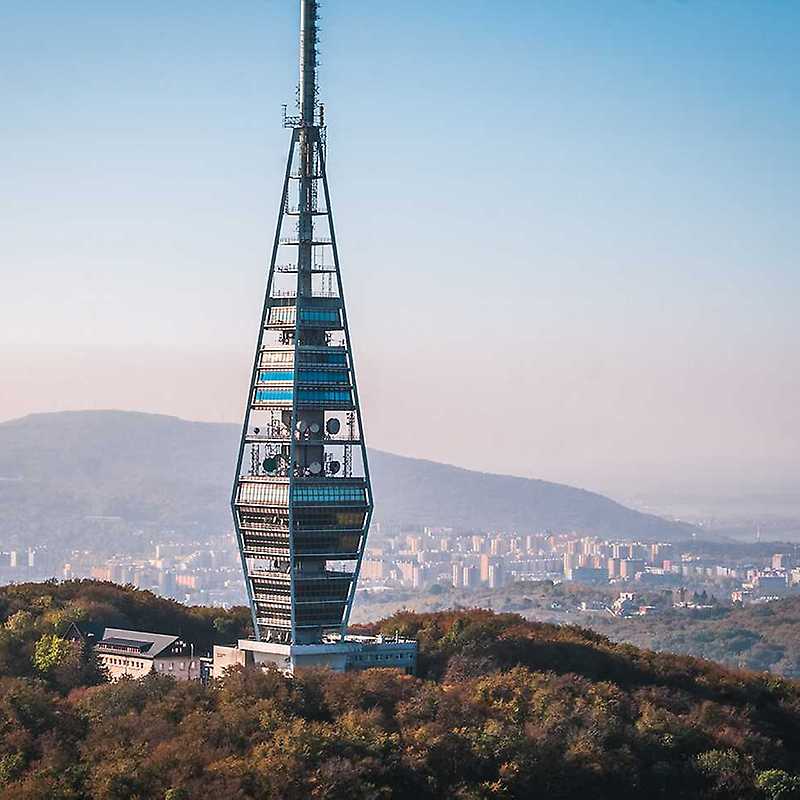 Kamzík, also known as Koliba, is one of the inseparable parts of Bratislava. It represents one of the Bratislava symbols, which can be seen from afar on the way to the capital. It is also thanks to the so-called television tower that steers to the sky directly from its top. It resembles a rocket before launch from the spaceport. Kamzík Peak is one of the hills rising above Bratislava and with its unmistakable silhouette and important recreational function is one of the main sights of this city.