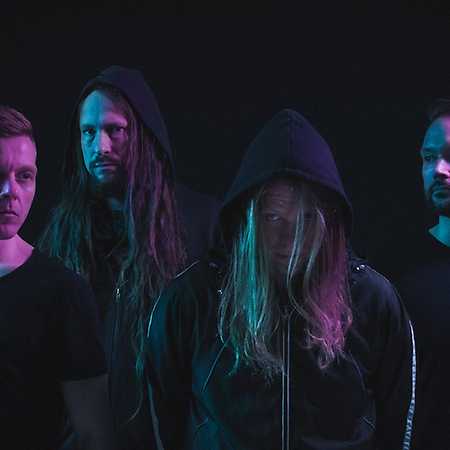 Established in Helsinki in 2010, the electro-metal outfit Khroma conveys the socio-economical decline of our times into an assaulting soundtrack of cinematic atmospheres and ambiences, down-tuned guitar patterns and pulsating trip hop beats. This fusion of influences is further explored lyrically as the band tackles counter-cultural issues of disillusionment, fatalism and despondency. In April 2016, Khroma released their sophomore album Stasis, produced and recorded in their Berlin headquarters, to rave reviews and embarked on an extensive European tour, spanning over 10 countries and including 30 shows. Altogether the band has done 10 European tours and several hundred shows.

The Great Old Ones

Legion of the Damned