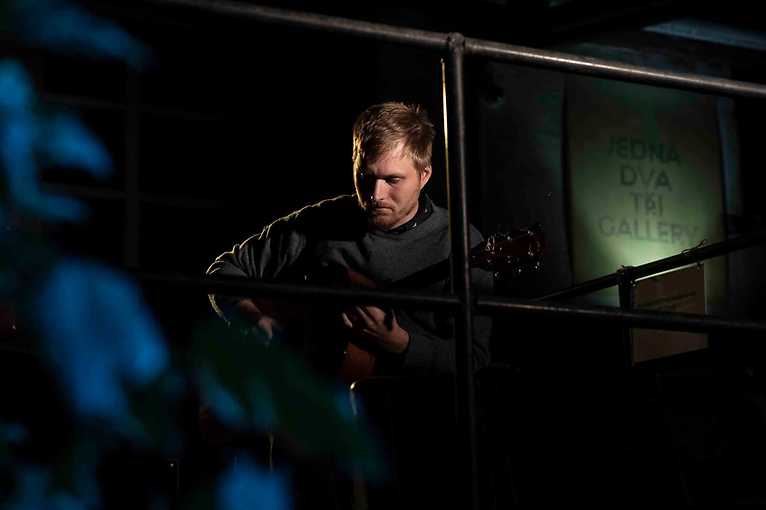 Konektiv’s initiative is simple: bring together a Czech musician and foreign musician living in the Czech Republic to illustrate the rich possibilities inherent in unlikely collaborations. By doing so, Konektiv strives to work against the prejudice and stereotypes often targeted against minorities, immigrants and foreigners in general. This year’s Konektiv Night promises a complex concert experience for both viewers and participating musicians. With three duos composed of musicians from radically different spheres of music and sound, Konektiv Night vol. IV will showcase an exciting, unpredictable blend of music and sound. What will Ema Brabcová’s tender voice and explorative electronic looping experiments sound like with Italian percussionist, vibraphonist and cultural anthropologist and contemporary theatre music enthusiast Elia Moretti? What sonic fusion can we expect from the fascinating collaboration between sound artist and producer mʊdʌki and cimbalist Michael Taragoš? And finally, what will Aldana Duoraan with her performative explorations of traditional chomus playing and ambient modular architect and guitar virtuoso Tomáš Niesner bring to the table? The audience will find out December 8th at Atrium Žižkov.