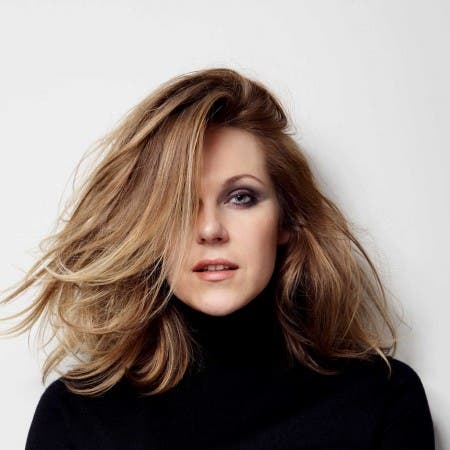 Kristine Opolais is a Latvian soprano. She first drew major public attention in 2010 through her rendition of the title role in Dvořák’s Rusalka with the Bavarian State Opera in Munich. Three years later she had her debut with New York’s Metropolitan Opera as Magda in Puccini’s La rondine. She also caused a major sensation on the same stage when within less than twenty-four hours she debuted in lead roles in two other Puccini works, as Cio-Cio-San in Madama Butterfly and the very next day as a substitute in the role of Mimi in La bohème. Otherwise she performs regularly with the Vienna State Opera, the Berlin State Opera, Milan’s La Scala, and London’s Covent Garden. Apart from extraordinary vocal qualities, her interpretations are prized for intelligent expression and convincing acting.