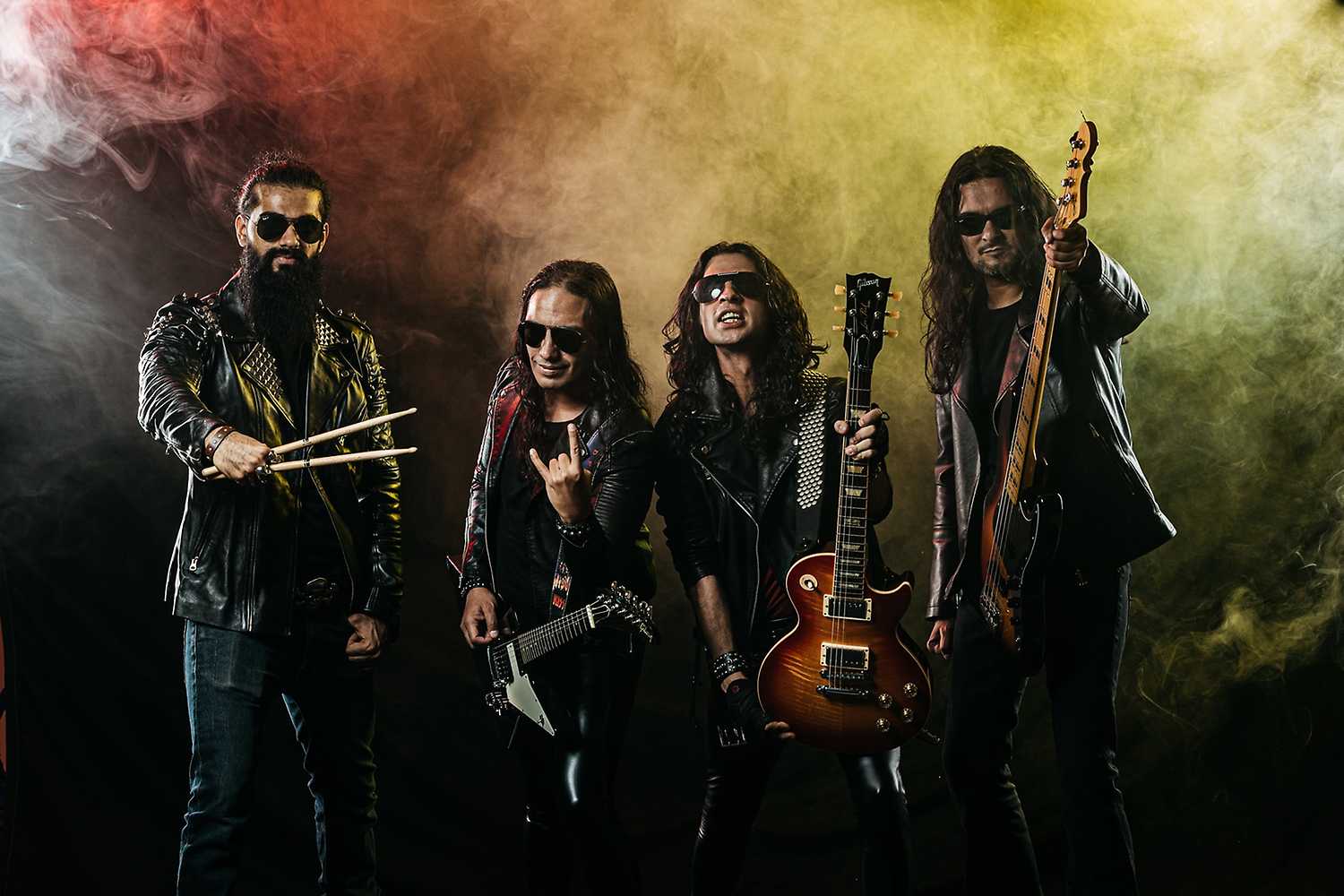 Invited by Helicon Metal Promotions there will be the only concert in Poland of Kryptos from India. Kryptos is a band playing crazy, traditional heavy metal with the spirit and attitude of the great 80's. They are considered one of the leaders of the Indian heavy metal revolution. With five critically acclaimed albums to their credit, the band has supported some of metal's biggest names such as Iron Maiden, Testament, Kreator, Exodus and many more, gaining a reputation as a fiery and exciting live band.

Playing alongside them will be Hellhaim, Rascal and Lucille. Hellhaim is an enigmatic project bringing together musicians of varying ages, musical experience and personalities. Balancing on the edge of horror and exaggeration, the band shows in a distorting mirror human dramas, in their lyrics referring both to historical events, contemporary problems and visions of the future. Rascal is a young speed metal band from Warsaw. Their music is mainly guitar harmonies, melodic solos, strong high vocals and fast old school riffs inspired both by classic heavy or thrash and new wave of speed metal. The last band in the line-up is Lucille – the last bastion of oldschool thrash metal in Białystok, taken out of the 80s. The band was formed by guitarist/vocalist Daniel Ramone, drummer Bartosz "Skrzat" Sadłowski and bassist Bartosz "Jugen" Drozdowski in late November 2017. The goal was simple – to create a thrash crew whose music is inspired by the heavy/thrash metal of the 80s and captures the spirit of the era as best as possible in their work, while addressing the issues of our time.