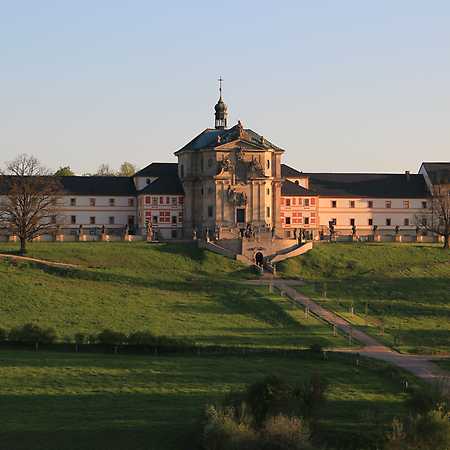 Kuks is a name of a village situated in East Bohemia. It has a special place in the history of Czech culture as an outstanding work of European art. In the 17th century, a remarkable nobleman built within two or three decades a complex which is still a sample of Baroque art at its best, attracting both experts and laymen, even though much has changed there over the centuries and many of its monuments have disappeared. The hospital was built between 1707 and 1715 together with Holy Trinity Church and the crypt. The church was designed by an Italian architect Giovanni Batista Alliprandi. On the terrace, outside the church, allegories of the Faith and eight Beatifications were placed and, in front of the hospital wings, allegories of the Virtues and Vices by Matyáš Bernard Braun were situated.