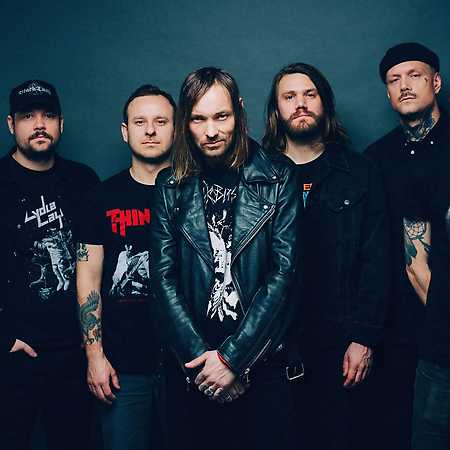 Kvelertak (Norwegian for “stranglehold”) is a Norwegian metal band from Stavanger, whose lyrics are written exclusively in Norwegian. The style of the band mixes hardcore punk with influences from rock ‘n’ roll and black metal.

Soon after Kvelertak was founded in 2007, they gained a certain fame in Norway with their demo Westcoast Holocaust, were even played on the radio and earned the reputation of a good live band. Still without a record deal they were even allowed to play at the Roskilde-Festival in 2009.

In June 2010, the debut album Kvelertak appeared on the label Indie Recordings. Converge guitarist Kurt Ballou took over the production, the artwork was designed by Baroness frontman John Baizley. Successors of the album were Meir (2013) and Nattesferd (2016).