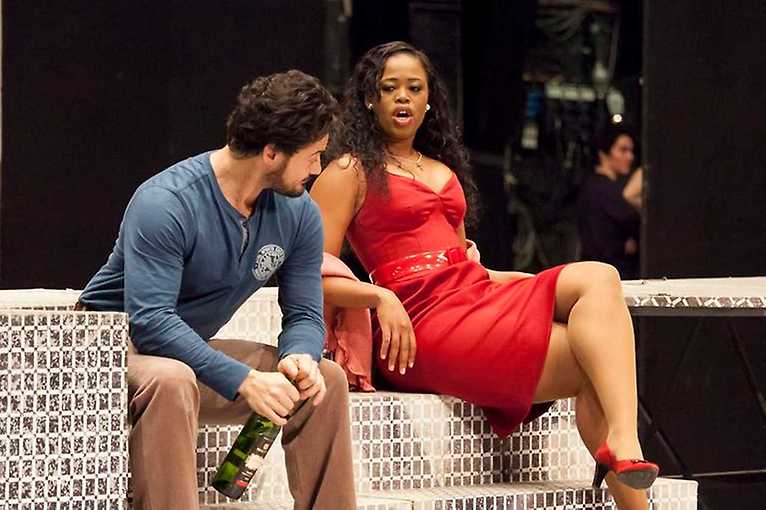 Love potions are all the rage in literature: just think of the medieval story of Tristan and Isolde, which – over 30 years before Wagner’s opera – also found its way into Donizetti’s work. Here, the somewhat simple-minded Nemorino is driven to speed up his advances to his cherished Adina by means of a magic potion offered to him by the quack doctor Dulcamara.

However, as in Tristan and Isolde, taking the potion does not have the intended effect. When Nemorino meets Adina in a state of drunkenness – the intoxicating effect of the potion owing to its high-proof content – Adina turns away angrily and decides to marry the dashing soldier Belcore. It takes a second bottle of love potion and plenty of fortune for Nemorino and Adina to come together. In the end, however, the whole village community is convinced of the elixir’s effect. With the delightful naivety of his characters, Donizetti and his librettist Felice Romani take superstition and credulity for a ride in a lovingly tender manner. The music, which is said to have been written in just three weeks, also allows the protagonists touching, intimate moments, not least in the famous aria Una furtiva lagrima. The inexhaustible richness of its melodies makes L’elisir d’amore one of Donizetti’s most popular stage works, which now returns to the Staatsoper repertoire after a long break.

*In Italian language with German and English surtitles. Age recommendation: from 10 years. *