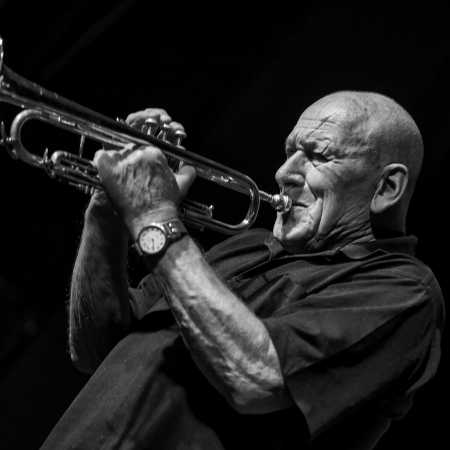 Trumpet player, composer and band leader Laco Déczi was born in Bernolakovo (close to Bratislava, Slovakia) in 1938. In 1960's he was a member of Karel Velebny's S+HQ. In 1970 he recorded his solo album "Sentimental Trumpet" with strings. As soloist he took part on the famous big band recording Jazz Goes To Beat by Vaclav Zahradnik.

In the end of 1967 he founded his own Jazz Celula ensemble and since the beginning of 1970 he was a member of d the Czech Radio Jazz Orchestra (JOCR). He also made some duo recordings with the guitarist Sarka Dvorak and composed a lot of music for film and TV productions. Since 1985 he lives in United States where he is a leader of the "Jazz Cellula International".

Laco has performed throughout the United States with a roster of jazz the finest musicians, among them: Elvin Jones, Bill Watrous, Junior Cook, Dave Weckl, Sonny Costanzo, just to name a few.