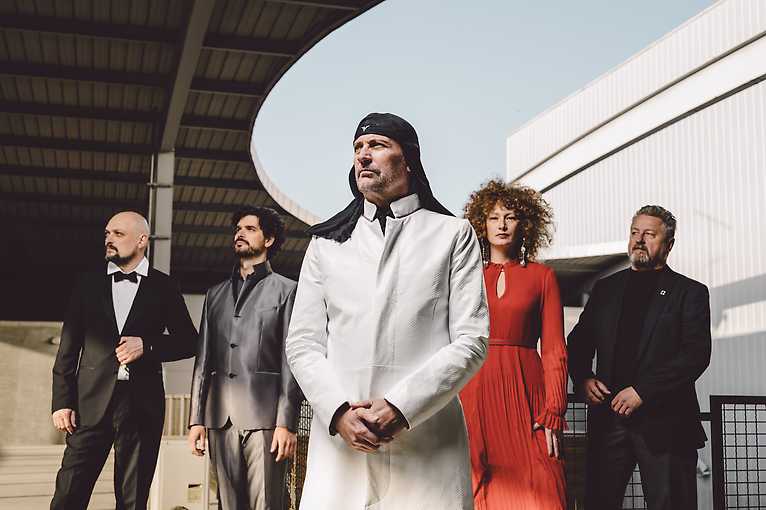 Laibach will return to Poland as a continuation of the tour The Sound Of Music, promoting the album with the same title released in 2018. The Slovenian group will present themselves twice and perform a set consisting of tracks from their latest production, supplemented with album numbers such as: Also Sprach Zarathustra, Spectre, Kapital or Volk.

Laibach is a Slovenian avant-garde music group associated with the industrial, martial, and neo-classical genres. Formed in a small mining town of Trbovlje (at the time in Yugoslavia) in 1980, Laibach represents the musical wing of the Neue Slowenische Kunst (NSK) collective, a group which Laibach helped found in 1984. From the early days, the band was subject to controversies and bans due to their use of iconography associated with totalitarianism, nationalism and militarism, the concept they have preserved throughout their career. Censored and banned in Socialist Yugoslavia and receiving a kind of dissident status, the band embarked on international tours and gradually acquired international fame. After Slovenia became independent in 1991, Laibach’s status in the country has turned from rejection to promotion into a national cultural icon, which included performances with the Slovenian symphony orchestra.