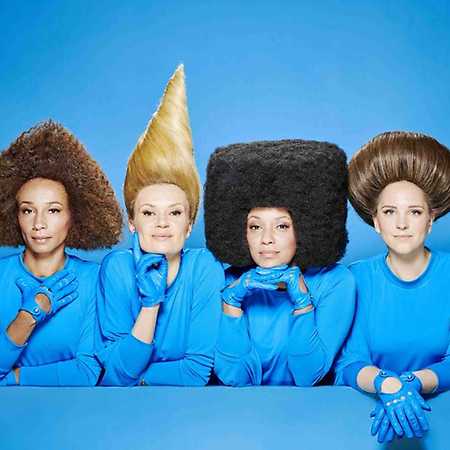 Laing is a vocal group from Berlin, which consists of three singers and one dancer. Nicola Rost is the lead singer, songwriter and producer of the ensemble. Her style is electro soul pop. Laing themselves refer to their style as "Electric Ladysound". The name of the band was taken from the Nicola Rost's mother's birth name. Founding members were also singers Susanna Berivan and Johanna Marshall, as well as the choreographer and dancer Marisa Akeny. During live performances, the ensemble is accompanied by drummer Milian Vogel. Susanna Berivan left Laing for her solo career. Atina Tabé took her place. Since summer 2014, Larissa Pesch is singing instead of Atina Tabé, who left the band to focus on her acting career. Laing sing in German; the vocals are accompanied by electronic sounds and beats. Typical for the group are black desk lamps on the microphone stands and a uniform stage outfit.