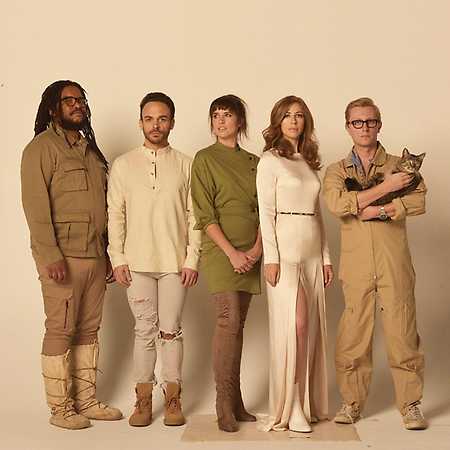 Lake Street Dive is a multigenre band that was founded in 2004 in Boston, Massachusetts. The band’s original members are Rachael Price (lead vocals), Mike “McDuck” Olson (trumpet, guitar), Bridget Kearney (upright bass), and Mike Calabrese (drums). Akie Bermiss (keyboards) joined the band on tour in 2017 and is on their 2018 album. Lake Street Dive started at the New England Conservatory of Music in Boston. The band was named after a street with many dive bars in Olson’s hometown of Minneapolis, Minnesota. The band tours in North America, Australia, and Europe from their base in Brooklyn.