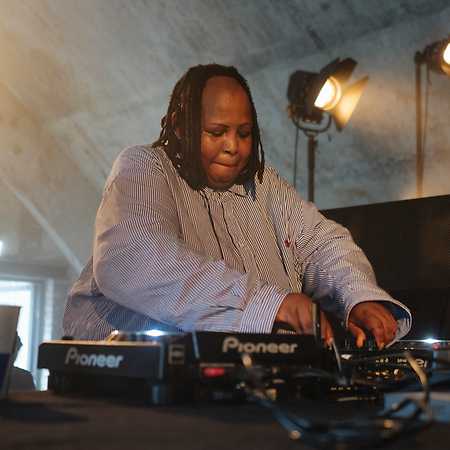 Audiences know Lerato Khathi as Lakuti, a staple at hallowed institutions like Panorama Bar and Freerotation festival, often spotted behind the decks with Tama Sumo. Behind the scenes, though, her work encompasses a few different roles, each of which found her more than the other way around.

Lakuti is a South African born DJ, booking agent, label boss, promoter and general industry all-rounder. Her name is perhaps most closely linked with Sud Electronic, the London party and label she ran alongside Portable. The event came to an end in 2011 after a ten year run, although the label was dusted off again this year after a five year hiatus, with a new global focus.

Lakuti is also the head of Uzuri, an imprint she began in 2007 which has since grown to include a booking agency, representing New York house artists like Fred P, DJ Qu and Levon Vincent alongside a dozen or so others. Although she’s been based in Europe since 1997, Lakuti got her house music education growing up in Johannesburg. She became involved in the city’s thriving scene during the 1990s, attending clubs like the highly influential 4th World and parties in warehouses right across the city.

Khathi pushes a sound as open-ended as it is distinct: deep and richly organic, touched by a rawness that echoes her first love, Chicago house. This scuffed and sultry style has soundtracked her winding journey through dance music’s underground.