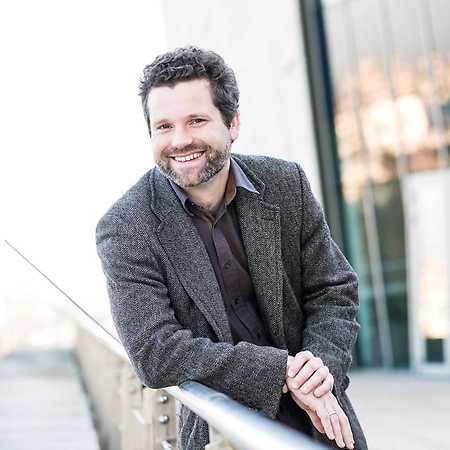 László Fassang was born into a musical family in Budapest. He began playing the organ at the age of thirteen and graduated from the Franz Liszt Academy of Music in 1998. He then went on to the Paris conservatory, studying organ with Olivier Latry and Michel Bouvard, and improvisation with Philippe Lefebvre. He held a year-long appointment as principal organist of the Sapporo Concert Hall in Japan in 2000 and graduated with honours in Paris in 2003. Fassang has since regularly performed as a concert organist in Europe, Japan and the United States. It is his aim to showcase the organ in all its great diversity, and for that reason, he enjoys playing a range of styles and genres, including classical, jazz and folk music. He regularly collaborates with saxophonist Vincent Lê Quang and multi-wind instrumentalist Balázs Szokolay Dongó. Fassang also teaches organ and improvisation at the Franz Liszt Academy of Music, and succeeded his own improvisation teacher Philippe Lefebvre at the Paris conservatory in 2014.