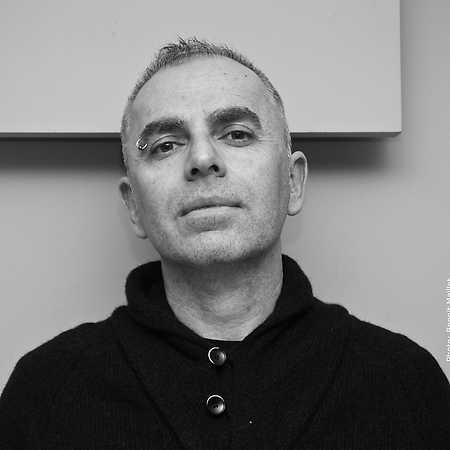 Laurent Caligaris is surely one of the most representative DJs and producers of the underground scene in Lyon, France.

He has been playing his music at raves and in clubs since 1998 and produces tracks and remixes with artists such as Terrence Parker, Patrick Vidal, ScanX, Honey Dijon, Enola, or Eedio.

Having co-founded and co-ran the label D!fu for eight years now together with his b2b buddy Jacques Terrasse. Terrence Parker, Elbee Bad, Kiani and His Legion are only some of the last artist releases on Difu.

Laurent has also been playing in Berlin at venues such as ://about blank, Chalet, Golden Gate, and has been co-running a label party every two months at Terminal Club in Lyon for two years now.

His last EP, a collaboration with Patrick Vidal, was released on vinyl and digital and has been supported by many renowned artists of the scene.