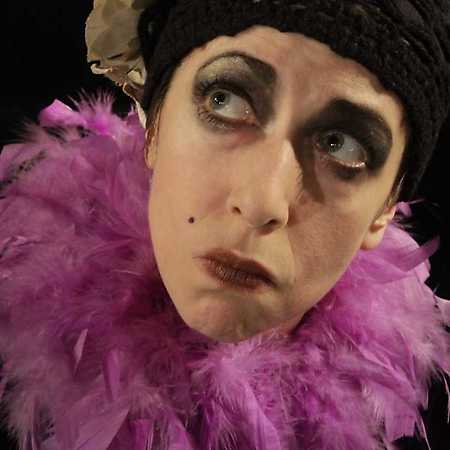 Lena Binski (Elena Bolsuna) was born in Riga (Latvia) where she also studied painting and acting. In 1994 she left Riga to work as a painter and actress in Sweden, Denmark and Israel.

Elena Bolsuna studied pantomime and animation in Berlin from 1999-2001. In the following years she worked for several projects about mime, physical theatre, comedy and film. As a founding member of the clown collective “DIe Aussenseiter” she developed the clown show “Krakelspektakel” and the program “Die Pose”. Since 2012 she is working as a solo artist and a lecturer for Clown Studies and movement. At ACUD Theater Berlin she regularly organizes workshops about clowning.