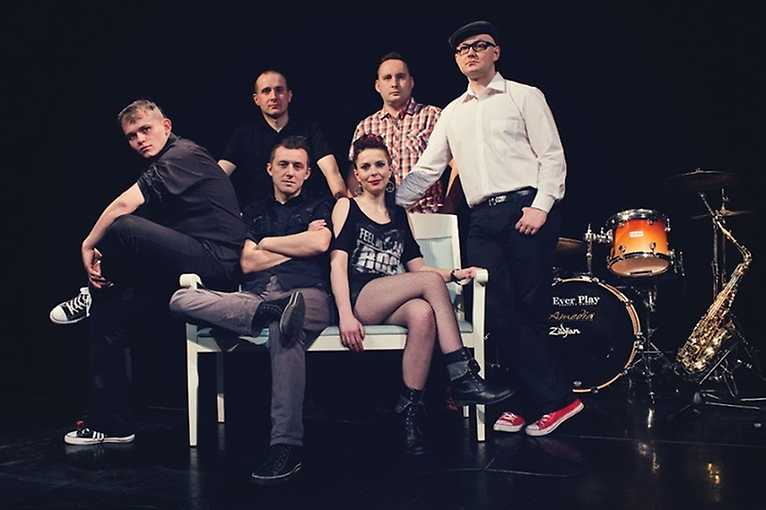 Leniwiec from the very beginning of its existence has been playing a melodic, charming mixture of punk-rock, reggae and ska enriched with the sounds of saxophone, accordion and trombone. They implement usually engaged and political, but sometimes completely irresponsible lyrics. The music they perform is not only strong slogans about issues that they consider right and important, but also amusement, joke and humour. For 25 years the band has played almost 700 concerts in 9 countries, playing with the greatest stars and legends of the punk-rock scene: The Exploited, GBH, Asta Kask, Wasted, NVU, Oi Polloi, Zemezluc, La Fraction, Shelter, Lama. The band are getting invited to the biggest punk-rock festivals in Europe: Puntala (Finland), Antifest (Czech Republic), Punk am Ring (Germany).

Prawda is a continuation of the band Zwłoki, founded in 1994 in Wroclaw. In 20016 Sony Music released a medley for the 40th anniversary of punk rock and included Prawda on it, showing how big influence the band had on the development of the genre. Prawda is now working on the new material.

Qulturka is a band rooted in punk-rock but also takes inspiration from the positive and lively sounds of ska. Complementary female and male vocals, guitars, bass and accordion and percussion create a powerful yet pleasant atmosphere. Ideologically, consciously and intentionally, the team supports anti-racist, libertarian and ecological actions.

Zmaza – a Polish punk band from Trzcianka. It was formed at the beginning of the 90s under the name Zmaza Nocna. After successful performances at local festivals and reviews, the band recorded a demo of Amademosz in 2003. In November 2005, they recorded a CD entitled Owszem. After its release, the group began to perform all over Poland, including with Kult and Pidżama Porno. The group won the first prize at the C.K. Alternatiff Festival of Independent Culture. In October 2005 Zmaza took part in the Farbenheit tour of Farben Lehre. In 2006, the group won the first prize of the Jury at the Jarocin Festival, it has had numerous club concerts in Poland and several performances abroad (Germany, the Netherlands). In 2011 and 2012 Zmaza performed at the Woodstock Festival on the stage of the Pokojowa Wioska Kryszny. In 2013, the vocalist of the band was invited to participate in the Punk Project of Farben Lehre on the big stage of the Woodstock Festival. In 2014 he released a CD containing songs from earlier years of his career 1992-1992 by Lou & Rocked Boys and performed at the 20th Woodstock Stop Festival as part of the small stage.