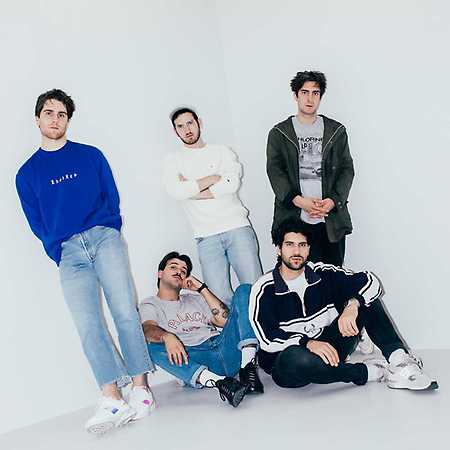 Leoniden are an indie rock band from Kiel, Germany, which has been playing together in its current formation since 2014. The band started as a classic school band with the brothers Lennart (guitar) and Felix Eicke (drums), as well as Djamin Izadi (synthesizer) and JP Neumann (bass). At that time the band still had the name Leoniden Cabaret. The singer, Jakob Amr, joined in 2014.

First, the band released their EP Invert India on the Hamburg label Delitakess Tonträger. The band formed their own label, Two Peace Signs, after Delikatess Tonträger went bankrupt. They published their second EP, which has the same name as the label, directly afterwards. They boys marketed their first album, Leoniden, completely independently and were met with great attention. Landstreicher Booking (Kraftklub, K.I.Z) became aware of the band and signed them.
In November 2018 they released their second studio album Again.