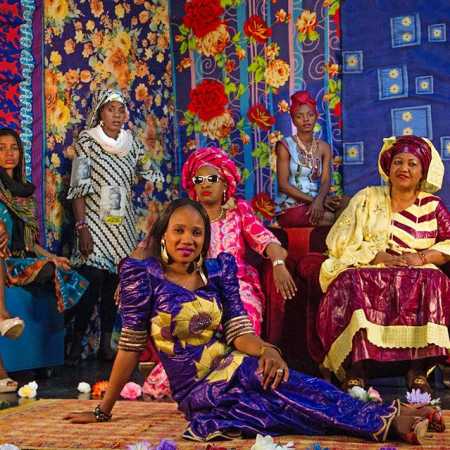 At first, you won’t hear it in their instinctively danceable music influenced by Mandinka and Dahomey traditions. But Les Amazones d’Afrique came together for one urgent reason: Kandia Kouyaté, Mamani Keita, Rokia Koné, Mariam Koné and Aminata Danté launched the project in response to misogynous violence. In 2017, this who’s who of West African female voices released the album République Amazone with other well-known featured guests such as Angélique Kidjo and a sound that was influenced by contemporary electronics and traditional instruments such as the kora. But the Amazones d’Afrique are much more than a music project, mediating between women of different generations and supporting organizations working for the victims of sexual violence in West Africa. As their advocates, they enter the world stage again in 2019 with new music and a still valid, urgent message.