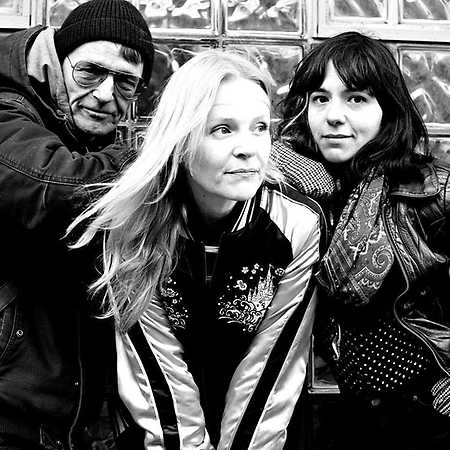 LeVent started playing live in late 2015, shared the stage with a bunch of talents including Kadavar, The Underground Youth, Die Nerven and Preoccupations, to name a few, and evolved into one of the most interesting acts on Berlin’s underground scene. The trio with their heavy played post-punk sounding Krautrock found themselves with a fast growing enthusiastic audience. They self-released a four track demo EP on cassette in 2016, from which two tracks were played in the American TV-series Gotham. In June 2017, they released their debut album on a recordings ltd., the label of Anton Newcombe by The Brian Jonestown Massacre (who also co-produced the album with Andrea Wright from Parr Street Studios Liverpool), and supported The Brian Jonestown Massacre in Germany, Austria & Switzerland in 2018.