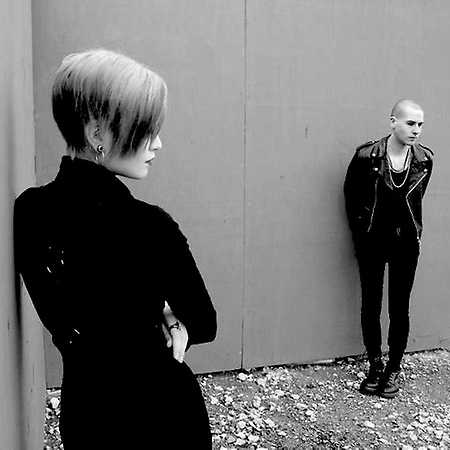 Linea Aspera were a dark wave-minimal wave band formed in London, England that were active from 2011 to 2013. A musical duo, they were fronted by vocalist Zoè Zanias (born Alison Lewis), with Ryan Ambridge on synthesizers. Zanias wrote the lyrics while Ambridge wrote the electronics, as well as mixing and producing the recordings.

Signing to Dark Entries Records, the band’s first album, Linea Aspera LP, was released on 25 September 2012. Brought out digitally and on vinyl by Dark Entries, a CD release was produced by the German company Genetic Records. Each LP was contained in a jacket sleeve designed by Dovile Shurpo and accompanied by an insert listing their song lyrics.

On September 16, 2019, Linea Aspera published "Hey, we’re back!" on their Facebook page and announced a number of gigs in Europe.