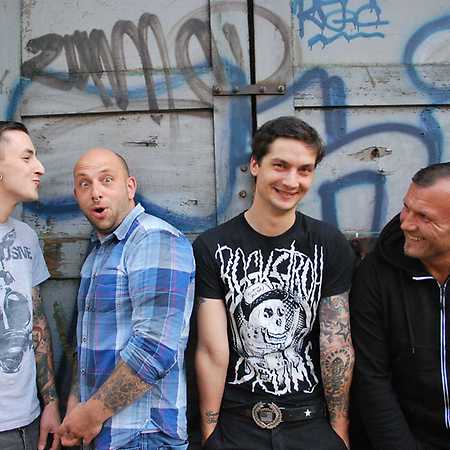 Loikaemie is a German Oi! band that is also considered to be part of the streetpunk genre. The band was formed in October 1994 and has released several albums, including the debut album Ihr für uns und wir für euch (1996), which was indexed because of the songs Leichenschänder and Perverse Sau and rereleased in 2000 without these songs and a new album cover. After dissolving in 2014, the band played at Back to Future Festival 2019 and announced that they would continue to play concerts and make music.