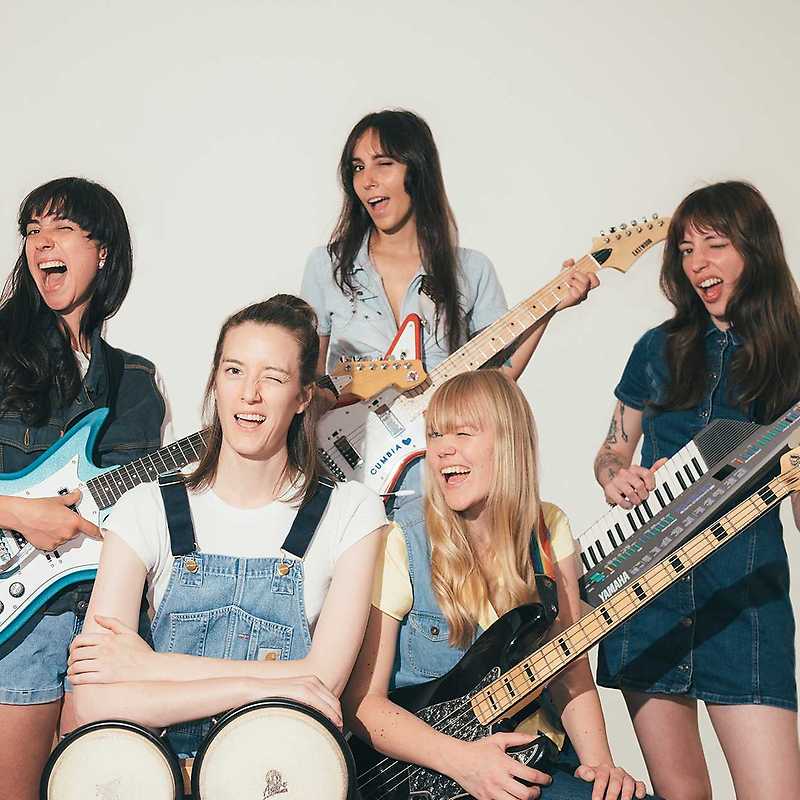 Los Bitchos started, according to their own words, as 5 gals from the underground realms of London, tripping out on tequila and Cumbia vibes. The five-member band released their predominantly instrumental pieces full of latin-american vibes and rhythms on singles such as Tripping Party (2017), Bugs Bunny (2018) or Pista (2019). Since 2020, the band consists of 4 members. Before the covid pandemic they supported Mac DeMarco and Viagra Boys, during lockdown they recorded their debut album, on which they worked with Alex Kapranos, frontman of Franz Ferdinand. With a sound to match Khurangbin, they won the hearts of showcase festival audiences, garnering fantastic reviews from industry media. They're the perfect soundtrack to Quentin Tarantino's „Sex And The City”, wrote one fan, and it's hard to disagree. Los Bitchos conjure up a psychedelic mix of indie, traditional Colombian sounds and vintage pop.