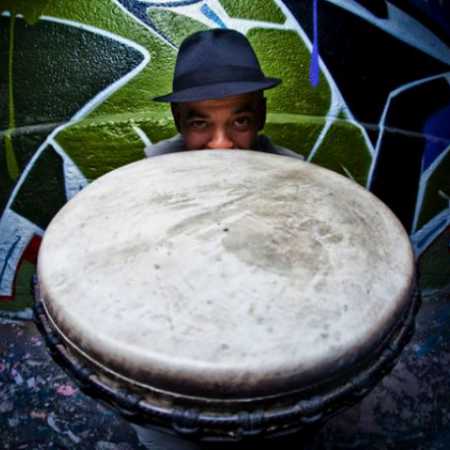 Louis Cesar Ewande  3 Beats Inside Of The Wine Vat

Louis will play the djembe and percussion devotes more than 40 years old. He lives in France, where i was born, but his father is from Cameroon. In his musical career he has published several albums (Cano, Percussion Ensemble), and collaborated with musicians Mamady Keita, Stefan Rigert and Dee Dee Bridgewater. His work is influenced by traditional music of West Africa, as well as jazz. As a teacher of the game, he toured the whole world on percussion, taught, for example. at the universities in Japan and in Brazil. – Translated by Automatic service