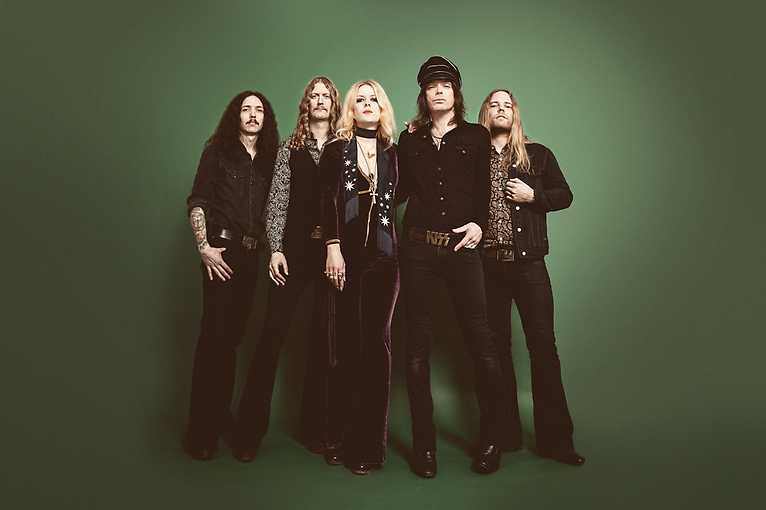 Lucifer + Year Of The Goat

Lucifer arose from the ruins of the formation The Oath, which broke up unexpectedly for Sadonis, placing high hopes in her. In the first period of the new band’s existence, the singer was supported by the guitarist known from Cathedral, Gaz Jennings, and publishingly owned by Lee Dorian Rise Above Records, who released the first single “Anubis” in 2015. Later came a performance at the Roadburn festival and concerts in Germany. In spring, the album Lucifer I appeared, followed shortly by a US tour. At the end of 2016, Nicke appeared in Johanna’s artistic and professional life, which caused the story of Lucifer to accelerate rapidly. The composition also includes two Swedes: guitarists Martin Nordin (Dead Lord) and Linus Björklund, who complement the current incarnation of the band. Lucifer is an old-school, natural-sounding band, stylistically rooted mainly in the late 1960s and 1970s. I pay homage to the aesthetics of the time also through visual clothing and music videos. The second album, simply titled Lucifer II, was released by former employer Johanna, the mentioned Century Media label.

Year Of The Goat is a Swedish sextet which was founded in 2006 in the city of Norrköping. Unlike Morgan’s bands, the sextet gentlemen: Thomas Sabbathi (vocals, guitar), Jonas Mattsson (guitar), Linus Lundgren (guitar), Daniel Melo (drums), Joona Hassinen (bass guitar) and Pope (mellotron, vocals), not they liked the music of devilish rage and blasphemy and possessed tempos, but they bow to rock, especially those with occult lining, from the 1960s and 1970s. You can cite the names Black Sabbath, Pentagram, Coven, Black Widow as a reference point, and contemporary can be added to Ghost counting. Musicians of Year Of The Goat, as befits Swedes, have a unique knack for writing melodies, and their compositions captivate with fantastic warm sound. They were already appreciated for their debut album. Angel’s Necropolis received the English award _ Metal Hammer_.