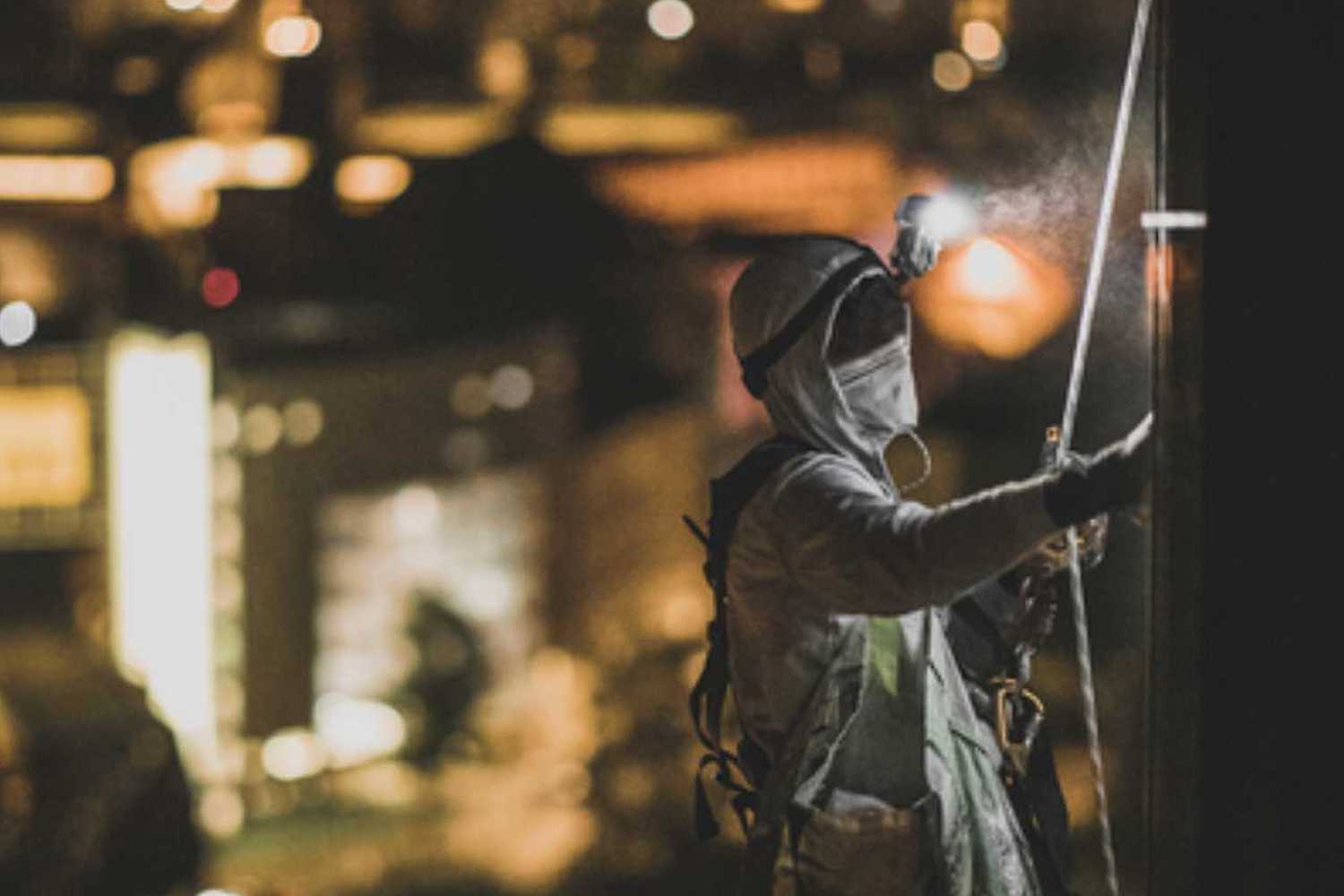 Similar to war photographers, the risk-taking of both the subject and the photographer is immense. The photograph captures a moment in time, but this still image is still full of life. What makes Lukas K. Stiller’s photographs even more striking is the idea of the cruel wind on a 100-meter tower before the unfathomable descent, the brittleness of the rope and the dependence on a makeshift rappelling device and hooks, if not the adrenaline of a possible capture, then a defeat at the foot of the building. Whether it’s calligraphy on rooftops and invisible calligraphy, “spiritual letters” pasted on buildings, graffiti rappelling, trains surfing on the brand new U5 subway line, Paradox is on all fronts and Luke defies the laws of gravity.

Paradox.Paradise depicts a lonely knightly quest through a fantastic Berlin, a melancholic journey through a city that looks like it has been emptied, but where architecture is sublimated. Thus, the photo series is both a documentary account of Paradox and a rare photo book about Berlin, a nocturnal ballad through the capital, its architecture and unseen vantage points, where black and dark yellow give the city its eerie tinge.