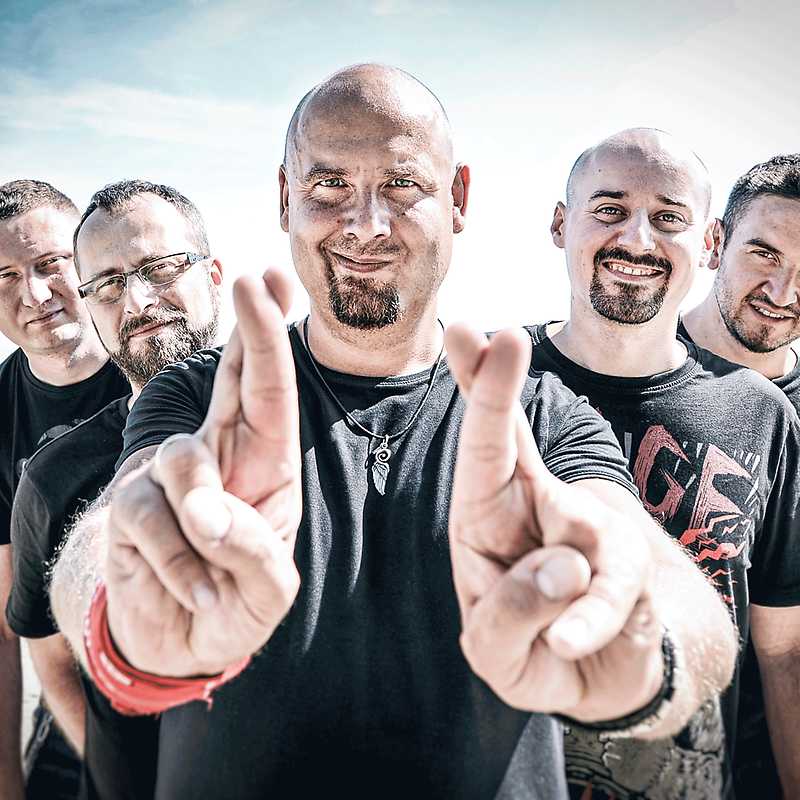 Łydka Grubasa is a band performing rock and metal music, but at the same time drawing on the whole musical world and intertwining almost all genres in their songs. Lyrics are composed of current issues dressed in humorous, sarcastic, sometimes blunt lyrics. This mixture, seemingly lame, guarantees a lot of guitar energy, a very positive aura coming from the stage and a dose of laughter combined with reflection. The band was formed in 2002 and until 2019 they released three studio albums – Bąż Woa, Perpetuum Debile and O-dur C-ból, a limited compilation of hits and unpublished songs Grejtest Szits and a DVD with a concert recording. The band's latest studio album – Socjalibacja – is 11 brand new compositions, in which the band has leaned over the problem of feedback between modern man and the Social Media and Internet. Is human still shaping the Media, or is it the other way around? Who here is formatting who and how? These questions are answered by Łydka in a characteristic, grotesque, but also a bit deeper, way.

The previous album, i.e. O-dur C-ból, recorded at the Hertz Studio in Białystok, was a breakthrough in Łydka's history, providing the group with a large number of fans, dozens of concerts a year, and hundreds of thousands of streams. The song Rapapara was played on YouTube over 25 million times. In 2011 and 2018 Łydka performed at Pol'and'Rock festival. In 2019, after a very fierce fight, she received the Złoty Bączek award, guaranteeing their performance on the P'n'R 2019 Grand Stage. The performance during the festival attracted several hundred thousand people. The concert was fully recorded and released as a CD/DVD – the release made its debut on the high 20th place of OLiS, the official list of the best selling records in Poland.