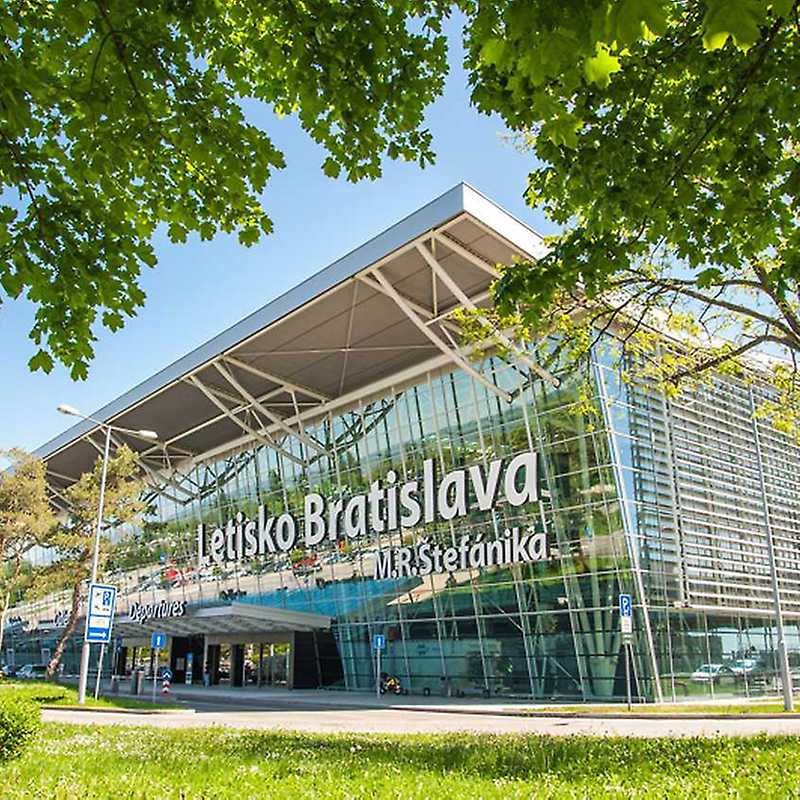 M. R. Štefánik Airport – Airport Bratislava, a. s. (BTS) is the largest airport in the Slovak Republic. It is located 9 km from the center of the capital Bratislava, in the cadastre of Bratislava-Ružinov. Each year, the airport handles approximately 2 million passengers on arrival and departure, handles more than 26,000 tons of air cargo and records more than 27,000 aircraft movements. The history of the airport dates back to 1947-48, when the construction of the airport began. Regular operation was launched in 1951.