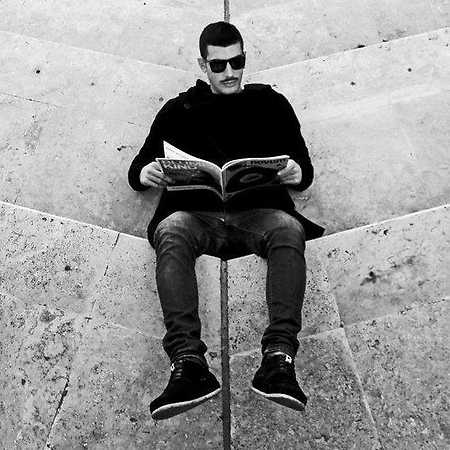 Massimiliano Toscano aka Ma.to is a DJ and producer and the founder of Outer Place Records.

He has developed a fine sensibility to music since he was a child, drawing it from his father’s classic music collection. Discovering a love at first sight with the violin he joined the Conservatory Academy where he improved his technique and developed a sense of sound and musicality. This unconditional passion to music pushed him to composition, which later became the very driving force of his interest in music and arts.

After the classical studies he received a degree in Sound Design at the European Institute of Design of Rome.

Based in Berlin since 2012 he had the pleasure to play for various venues and dancing crowds besides his profession as a sound designer for a local film production company.