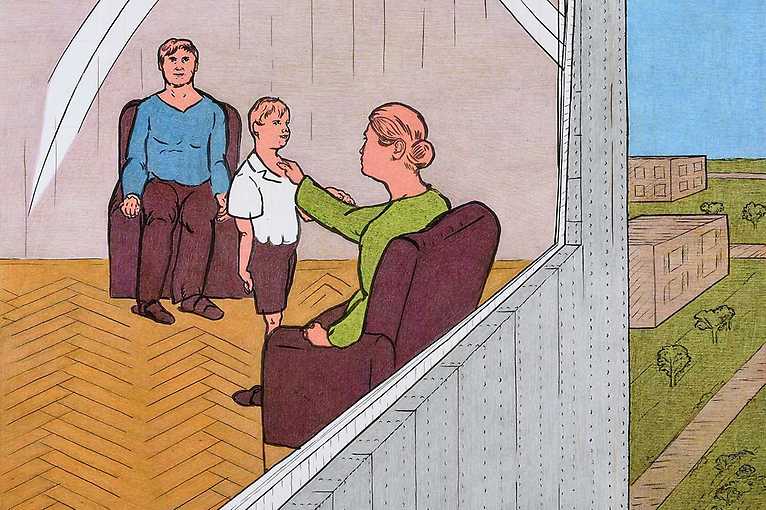 Maciej Sieńczyk (born 1972) is a cartoonist, illustrator, creator of comic books and posters. For years, he has been associated with the monthly magazine Lampa, Raster Gallery and the online magazine Dwutygodnik, to which he writes his columns. He has illustrated books by Dorota Masłowska, Adam Wiedemann, Michał Witkowski, among others. He is the author of drawings for magazines: Przekrój, Newsweek, Polityka, A4, Wysokie obcasy, Exklusiv and others. He has published comic albums: Hydriola (2005), Wrzątkun (2009) and Adventures on a Desert Island (2012), as well as the novel Among Friends (2016). The artist has been nominated for the NIKE award.

Maciej Sieńczyk is mainly interested in people, friends and acquaintances, simple, slightly bizarre people, residents of neighbouring tenement houses, backyard individuals. The artist never ceases to be amused and intrigued by this social galimatias of the absurd, the different, the beautiful, the ugly, the handicapped, the wise, the stupid, etc. All this is reflected in his works. Sieńczyk’s output in this respect is impressive. The most recent, large-scale project entitled Meeting after Years comprises almost 300 large-format drawings. The current exhibition at the aTAK Gallery, entitled The Joys of Ordinary People, is only a part of this, as yet unfinished, artistic project.

The presentation aims to convince the viewer that the illustrative side of Maciej Sieńczyk’s drawings is not the most important one for them. The works shown, devoid of literary context, prove that they are above all a painter’s view of the surrounding reality and do not demand verbal commentary. Maciej Sieńczyk shows the world that is very well known to him, prosaic, unpretentious, familiar; the artist commemorates friendly and social meetings, unusual public situations, occasionally a bit extravagant. He shares his observations and perceptions with a chronicler’s diligence. He seeks the truth about us in what is ordinary, simple, everyday.