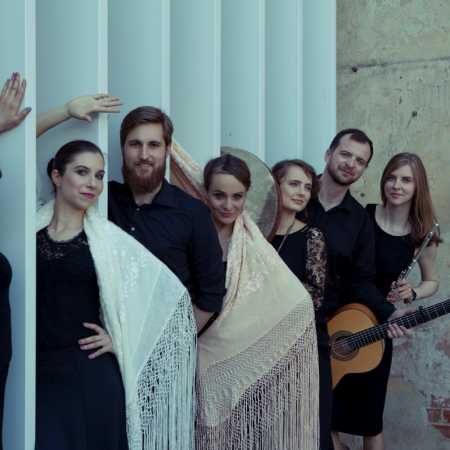 Madrugada is a Warsaw-based band combining Polish folk music with the traditions of flamenco, electronics and jazz. The band was awarded during the 27th International Festival of Folk Music Mikołajki Folkowe, winning a distinction in the Open Stage competition for its phenomenal presentation and apt cultural fusion in 2017. Through their debut album Sombra (Spanish shadow), the artists show the beauty of Polish folk music and the extraordinary energy flowing from flamenco. This project builds bridges between seemingly only distant worlds and aesthetics, and draws attention to the fact that it is worthwhile to reach to one's own roots and draw inspiration from them, as well as to combine traditional music with new trends and styles. Madrugada, meaning dawn, emphasizes that dualism is the leitmotif of the album, because the project combines two musical worlds and there is always some light and some shadow.