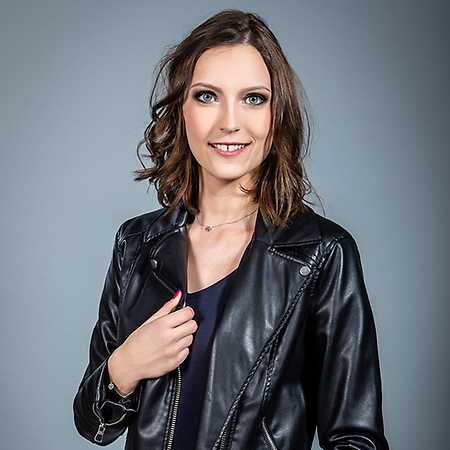 Magda Kubicka is a Polish stand-up comedian. She performed hundreds of times entertaining the audience, gathered in large numbers on her performances. She became a finalist of FAMA, PAKI and Grand Prix winner at the KOKS Festival in Kielce. She participated in the Comedy International Festival Wrocek. She has appeared on TVP, TVN and Comedy Central. For a year she conducted her own comedy programme on FunRadio.Fm. She is young and dynamic. She is not waiting for anyone, because there is no time. She touches on controversial, sharp themes. There is no taboo for her.