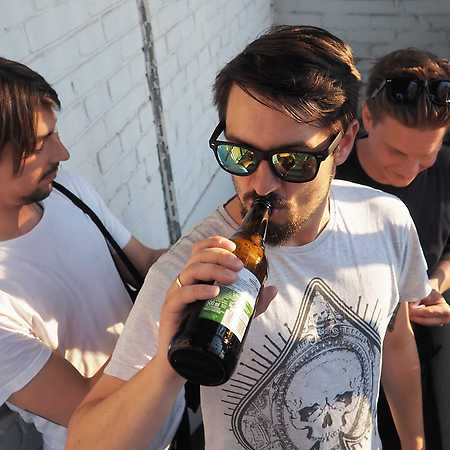 Sold out Save Saved Loading
Magnificent Muttley + The Doubt of the Benefit Warszawa, Hydrozagadka Sat 20/5/2017 21:00

Magnificent Muttley is a young Warsaw power trio. Their trademarks are blues, psychedelia, riffs, swinging beats and improvisation. Before the release of their debut album in 2011, they won the competition of the bands at the Jarocin festival. The event’s jury – advocates of punk in the past, recently inclined to traditional rock – was charmed by the trio’s mixture of heavy riff music in the style of Black Sabbath, with new, tuneful indie rock a la Queens of the Stone Age or Kings Of Leon, and Hendrix-like solos, old school beats and contemporary, quality melodies. Magnificent Muttley’s first record was released by the label Karrot Kommando, which specializes in Jamaican and folk music. Krzysiek Pożarowski, member of Paula & Karol, formerly also with Renton, sings and plays bass. He is accompanied by the guitarist Kuba Jusiński and drummer Olek Orłowski.

The Round Up Boys