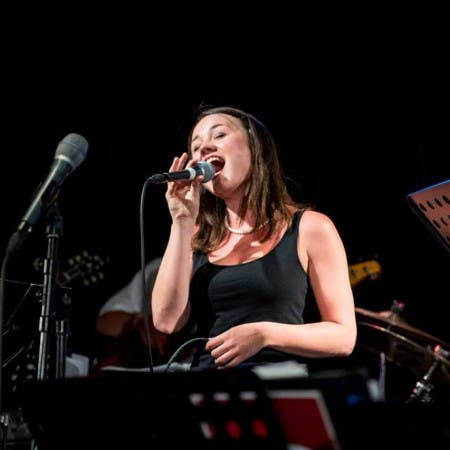 Experienced musician and bandleader John grope (Laura and her tigers, and others) in September 1999 centered around the talented young musicians and under the auspices of the Music School in damper street in Prague 8 founded a big band. Since 2005, the leading big band permanently Slavek Glaser, who worked with the band since the very beginning as a pianist. The premiere big band performances took place in autumn 2000, when big band performed at the ball of the Archbishop’s school.

Since then, big band performed at numerous festivals and made ​​a number of concerts and worked with famous singers and musicians, such as through a draft tube with Tomas, Radka Fišarová, Pavel Vitek and Peter Malásek.