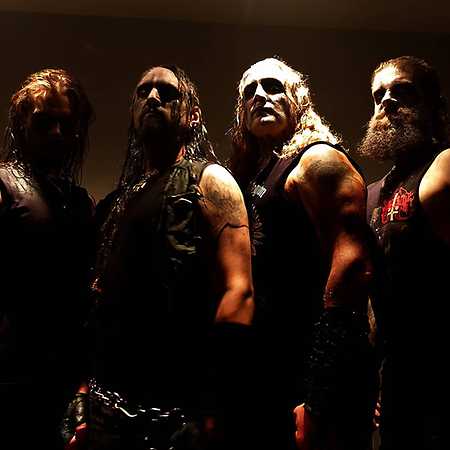 Marduk is a black metal band from Norrköping, Sweden. An unswerving commitment to blasphemy and extremity combined with a relentless touring schedule and a steady stream of recordings has helped establish Sweden’s Marduk as one of the better-known bands on the Scandinavian black metal scene. They began as more of a standard death metal band with a black metal influence, but have come to be known for their style of extreme black metal, which tends to focus on themes of warfare and anti-Christian sentiment and is characterized by relentlessly fast drumming and blurred walls of guitar. The group formed under the leadership of guitarist Morgan Steinmeyer Håkansson in 1990. They released their debut full-length album, Dark Endless, in 1992 on No Fashion Records.