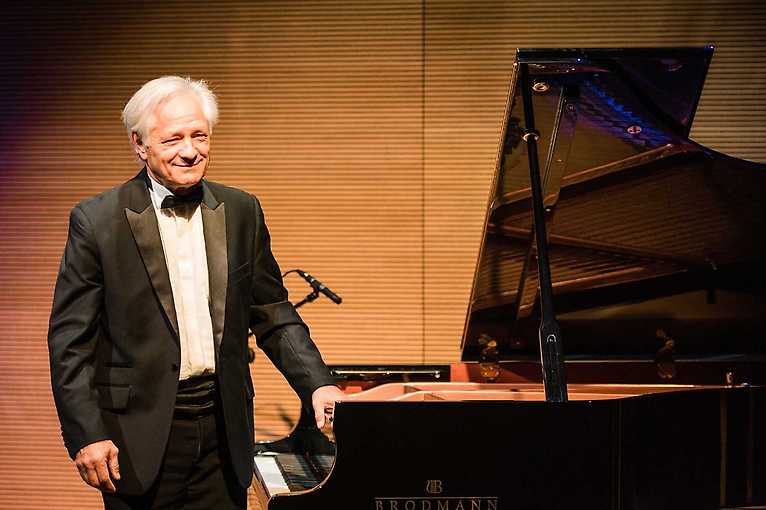 A concert of Prof. Marek Drewnowski as a part of the cycle of Chopin recitals at the University of Warsaw.

Prof. Marek Drewnowski is a pianist, conductor; he started learning to play the piano in his early childhood. He studied piano at the Academy of Music in Warsaw under Ryszard Bakst and Zbigniew Drzewiecki. After Prof. Drzewiecki’s death, he moved to Cracow and graduated from the State Higher School of Music there in Jan Hoffman’s class. His recording of twelve Scarlatti sonatas in 1975 brought him considerable success in Poland and abroad. After hearing this recording on New York Radio, Leonard Bernstein invited Marek Drewnowski to perform at Tanglewood with the Boston Symphony Orchestra. The pianist gives concerts in the largest halls of Europe, the United States and Japan. He is co-author of Izabela Cywińska’s film “Enchantment of Frederick”. Currently, he also teaches a piano class at the Schola Cantorum in Paris and a conducting class at Istanbul University. In 2007-2012 Marek Drewnowski recorded all works by Chopin as well as 550 sonatas by Scarlatti.