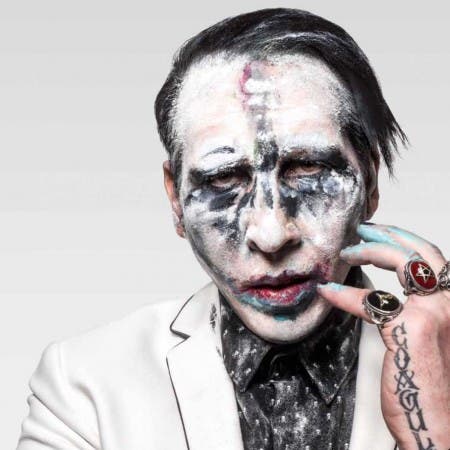 Brian Hugh Warner, known professionally as Marilyn Manson, is an American singer, songwriter, musician, composer, actor, painter, author and former music journalist. He is known for his controversial stage personality and image as the lead singer of the band Marilyn Manson, which he co-founded with guitarist Daisy Berkowitz and of which he remains the only constant member. In his stage name, he combined the names of two American pop cultural icons of the 1960s: Marilyn Monroe and the criminal Charles Manson. Manson is best known for his records he released in the 1990s. Most notably Antichrist Superstar and Mechanical Animals, which earned him a reputation in mainstream media as a controversial figure and negative influence on young people. Three of the band’s albums have been awarded platinum and three more of them went gold in the US alone.