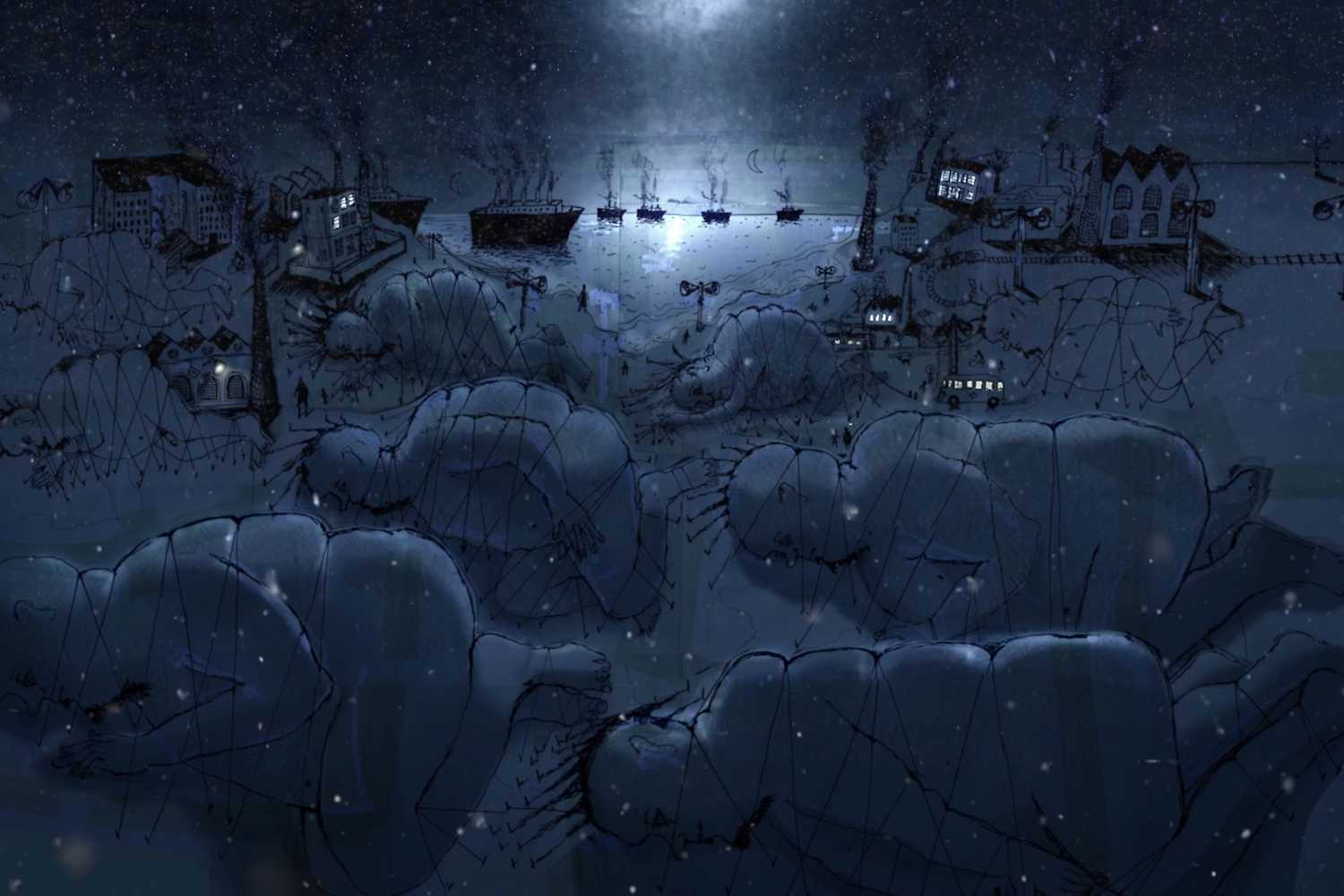 Marius Wilczynski’s exhibition focuses on one film – the feature-length debut of this well-known animator entitled Kill It and Leave This City. Its world premiere took place at the Berlin International Film Festival in early 2020, but due to the coronavirus pandemic the film waited almost a year to enter cinemas. During this time it was screened and won awards at, among others, the most important animation festivals in the world – in Annecy and Ottawa.

Originally planned as a short film, the animation took 14 years to complete. In the end, it was made as a feature-length film, a journey by the artist through a land of memories in which people and places close to him appear. Łódź, the animator’s hometown, is the background for this surreal story, while the characters are real, imagined or taken from literature. One of the most important is Tadeusz Nalepa – Wilczyński’s late friend and author of the music track. Kill It and Leave This Town" combines the atmosphere of a dreamy dream with realism and black humour, high culture with pop culture, personal memories with a description of reality. The creator inscribes traditional animation in the format of feature films, although it still remains in the space of an artistic film, and makes a thoroughly Polish film universal and comprehensible also for foreign viewers.

Several thousand drawings on different scales, observing and eavesdropping on communist-era reality and language (the author also reveals here his ear for dialogue), “sounding” the characters over the years (the cast includes, among others, Andrzej Wajda, Irena Kossakowska, Irena Bazan and others), and the film’s narration. The cast includes Andrzej Wajda, Irena Kwiatkowska, Barbara Krafftówna, Krystyna Janda, Tadeusz Nalepa, Tomasz Stańko, Gustaw Holoubek, Andrzej Chyra and Maja Ostaszewska) and the music of Nalepa and the Breakouts – these are only some of the components of this tale of transience. The exhibition Kill It… at the Zachęta Gallery is primarily built around the contexts forming the world depicted in the film and the work itself. On the one hand, they are defined by visual art (multi-plane city sets, different lighting than in the director’s earlier films), shown at the exhibition through original drawings and animated set design. On the other hand – Wilczyński’s total thinking about sound as an important building block of film space. The third important element of the exhibition are the scenes that did not make it into the final version of the film – sounded and edited at the animatik stage, showing in a simplified form the planned animation of the characters, which also allows the viewer to learn about the workshop of a contemporary animator.