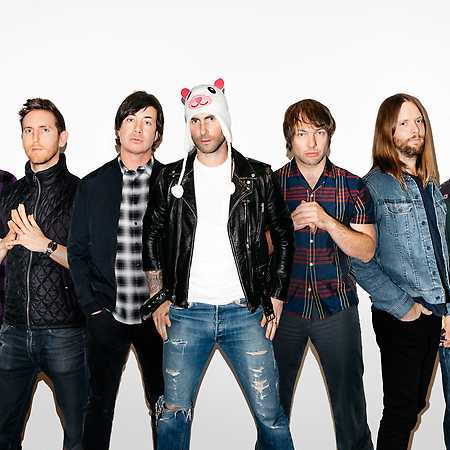 The band's second album, It Won't Be Soon Before Long was released in 2007. It reached number one on the US Billboard 200 chart and the lead single, Makes Me Wonder, became the band's first number one single on the Billboard Hot 100. In 2010, the band released their third studio album Hands All Over, to mixed reviews, re-releasing a year later to include the single Moves like Jagger, which topped the Billboard Hot 100. In 2012, the band released their fourth album, Overexposed, which spawned four successful singles, with the second single, One More Night, topping the Billboard Hot 100 chart for nine consecutive weeks. In 2014, the band signed with Interscope Records and Levine's own record label 222 Records, as the band released their fifth studio album V (pronounced "five"), which reached number one on the Billboard 200 chart, as well as the sixth studio album Red Pill Blues in 2017. Maroon 5 has sold more than 75 million records, making them one of the world's best-selling music artists.