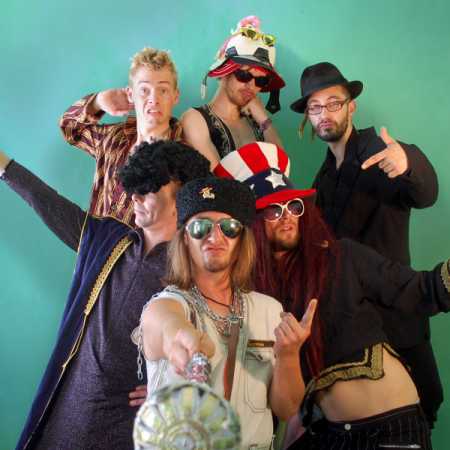 Music production this crazy six-Dresden ensemble, one must experience for yourself or on your own risk. Marracash served unpredictable sharp musical stew in several languages​​, each portion of which tastes totally different. The band is not afraid to show off chansons punk, metal Bossanova, dub, reggae, rock, hip hop, song from both the Muslim East German discos or right beater. A special experience is mainly their live performances, which often degenerate into unbridled improvisation, thus taking into account the instrumental skills of musicians is definitely not a bad thing. It almost seems that where Frank Zappa began and continued Patton Mr.Bungle are now Marracash Orchestra. And it's not just about access to non-traditional musical practices, but also the general attitude of how to get it all to enjoy. Maybe that is gradually conquering the city in the Czech Republic, despite past financial and organizational problems every year goes on Balkan tour to places, today's bands hardly anyone came. – Translated by Automatic service