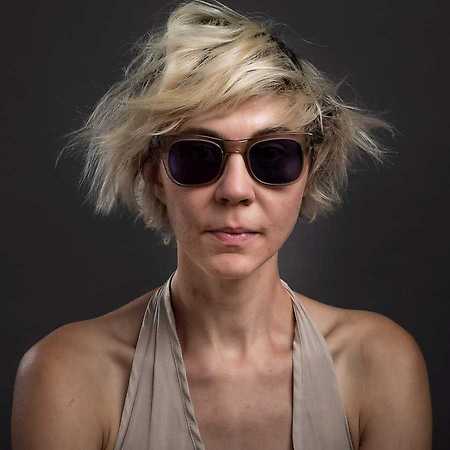 Martyna Poznańska is a cross-disciplinary artist who works with different media across disciplines, building connections between the intangible medium of sound and solid matter. This includes the practice of listening and field recording in tangent to working with various visual tools such as video, found objects, her own body, drawing and writing.

She has exhibited and performed internationally in shows at the Akademie der Künste, Berlin (DE),Unsound Festival Krakow (PL), SPOR Festival (DK), Aperto Raum Berlin, among others. In addition, she has worked with renowned artists such as Hans Peter Kuhn (Übergang, Martin-Gropius-Bau Museum, Berlin, 2017), and Peter Cusack(There Will Be No Other Forest). In 2013 she was a recipient of a grant from the Polish Ministry of Culture.

Martyna completed a master’s degree in Spanish Language and Literature at Jagiellonian University in Krakow, Poland, 2010. She studied Sound Art at the University of the Arts, London (LCC/UAL). In 2016 she obtained an MA in Sound Studies at the Universität der Künste Berlin (UdK).

Martyna lives and works in Berlin.