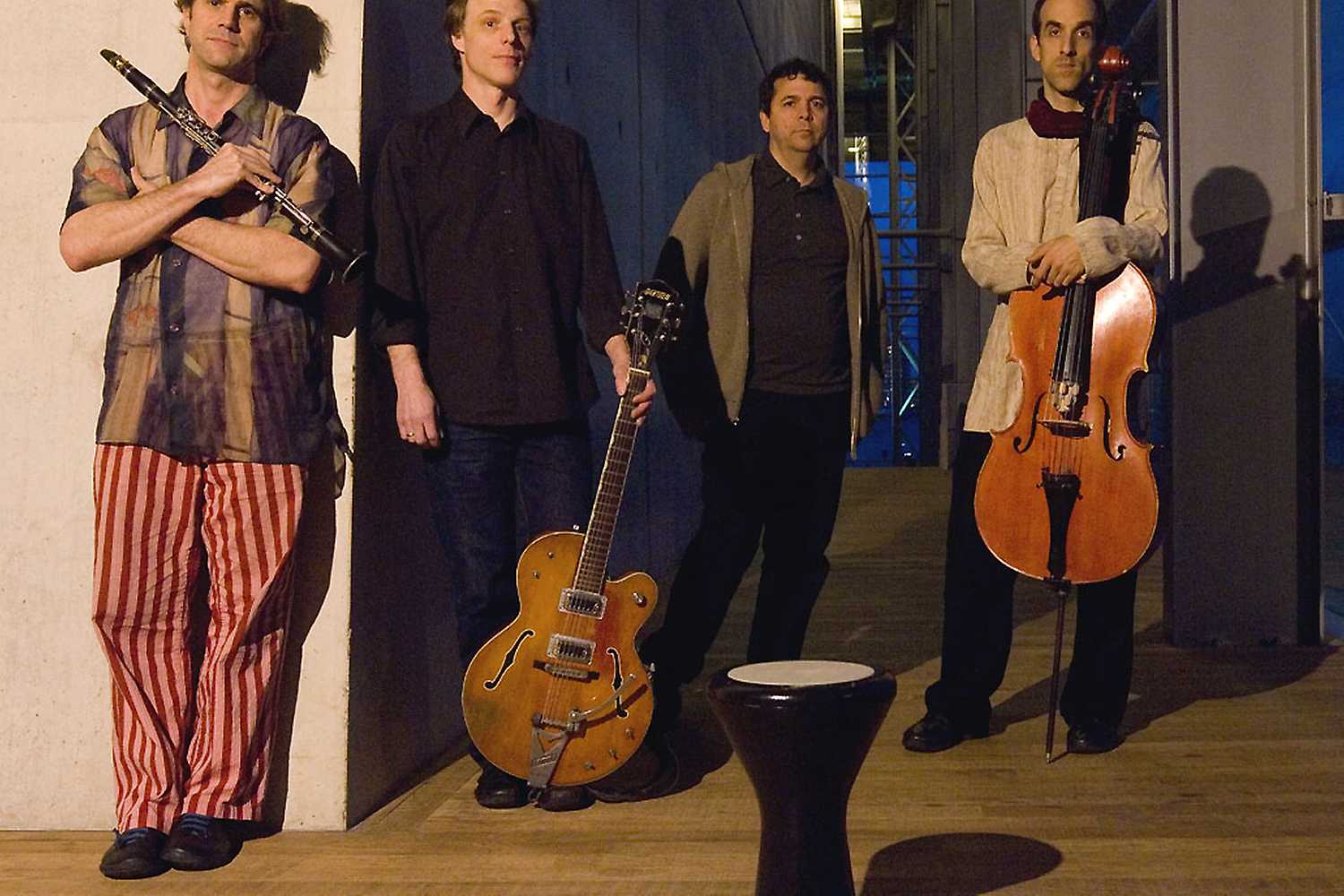 New York based Paradox Trio creates original music inspired by Balkan traditions driven by an improvisational NY edge. With their new CD on the ENJA label and 3 CD’s on the Knitting Factory label, these four musicians have been influential in advancing Balkan world fusion. For the past 12 years Paradox has been notorius for their high energy concerts throughout North America, Canada and Europe with their innovative exploration of Balkan, Gypsy, Middle Eastern and klezmer music.

They were one of the first groups on the NY scene fusing Balkan and jazz elements – cutting across stylistic and geographic boundaries creating an unusual and eclectic sound – redefining the concept “world beat”. Gambit, their fourth CD, is now out on the ENJA label (Munich) and features the Bulgarian kaval virtuoso, Theodosii Spassov. Their third Knitting Factory Records CD, Source, explores the common ground between Balkan and Klezmer music. Their second CD, Flying at a Slant is regarded as a work that gives voice to a truly organic fusion of several idioms – unifying the high energy, complex rhythms and modes from these traditions. Their 1st CD Paradox Trio was nominated for the prestigious 1996 German critics prize. Paradox Trio was working on a collaboration with the great Serbian/French pianist, Bojan Z. They have written and performed live music scores for silent films such as Battleship Potemkin (Eisenstein).

Saxophonist, clarinetist, ethnic-woodwind specialist and composer Matt Darriau has made several innovative contributions to the New York music scene. His background in the fertile and eclectic milieu of the New England Conservatory of Music’s Third Stream Program in the early 80’s, and the continued practice of Balkan, Klezmer and Celtic folk idioms, have helped shape his esthetic and passion for creating new and unusual music. He is active as composer-musician in the Klezmatics, Ballin' The Jack (avant-swing septet – 2 CD’s on KF records), Disastro Totale (with Yuri Lemeshev of Gogol Bordello), Roberto Rodriguez Septet(Tzadik), FRANK LONDON’S Klezmer Brass Allstars (Piranah) and his recently formed Recycled Waltz Orchestra. He has been awarded grants and commisions from the NEA, Chamber Music America (2005) and is a regular in New York’s downtown jazz scene.