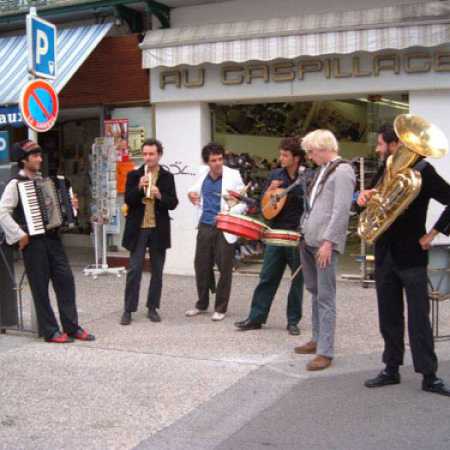 Clap Turbo Station transmits at full volume signal that when the concert Mazaldy survive, survive it all. The Babel Med Festival in Marseille visitors walked all day around curiously increasing metal structures, which accumulate loudspeakers. In the evening, in complete darkness, when suddenly lit up like firecrackers, regarded by many as a kind of bizarre work of art sculpture. Before joining the six-member band and everything turned into sound fascinating electro-acoustic PA system. Mazalda but srocující crowd leaving just enjoy the moment: then launched a musical journey that even the biggest doubters, claiming to be a group of extreme happening, jaw literally dropped. And after the concert and the whole body.

Six high-instrumentalist and singer and sound engineer working with a labyrinth of obscure sound as a train dispatcher on the big station, not music for bonus. Although their goal is to dance to the crowds, music Mazaldy based on the original multi-genre mix, the songs are sophisticated structured character and without problems can also listen to the CDs at home.

The band exists since 2002, only five years ago, but one of the members returned from India, where it attracted street orchestras those using loudspeakers to amplify the sound. Mazalda dressed in overalls, welding helmets and put a hand-made in design and loudspeakers of different sizes. That became a hit in France and gradually in Europe, is unnecessary stress. – Translated by Automatic service