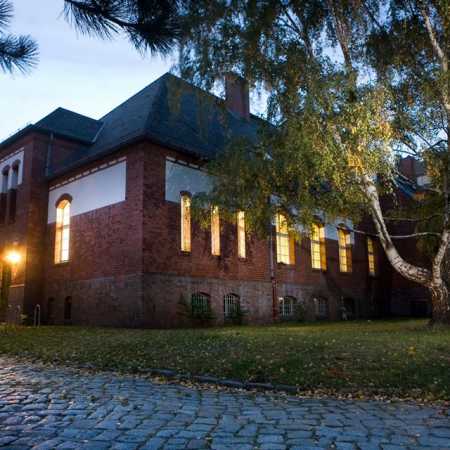 The SA prison Papestraße (Gedenkort SA-Gefängnis Papestraße) was situated at a cellar at the Berlin district Tempelhof from March to December 1933. Around 2.000 people were imprisoned there during the year 1933, mostly political dissidents and Jews. About 30 of them died from abuse or its consequences.

The memorial is the only historical place of NS terror in Berlin where you can still find traces from 1933.

Since the situation in the prison was known the district Tempelhof-Schöneberg and the state of Berlin have been working intensively on the realization of the memorial and exhibition together with the association „Geschichtswerkstatt Papestraße“.

In 1999, a first exhibition about the history of the prison was opened at the Robert-Koch-Institut at General-Pape-Straße and in 2011 the museum association „Museen Tempelhof-Schöneberg“ opened the memorial. It is one of the few concentration camps of the SA that is preserved in almost its original condition. In the 12th March 2013 – exactly 80 years after the arrest cellar was established – a permanent exhibition about the detailed history of the place opened its doors there.

Every Sunday in 2 p.m. there is a free public guided tour. Besides, there are different educational offers for school classes or adult groups, inter alia in collaboration with the foundation „Topographie des Terrors“.

The exhibition was supported by means from the foundation „Deutsche Klassenlotterie Berlin“.

Berlin Museum of Medical History at the Charité