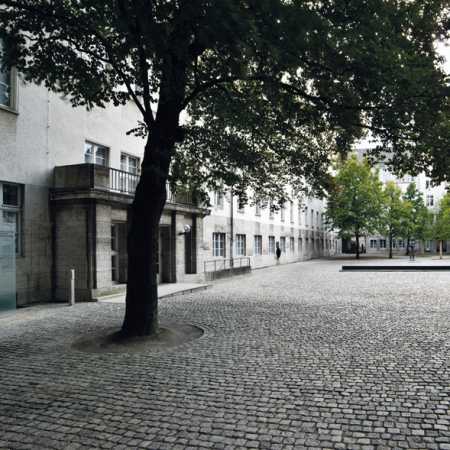 The Memorial to the German Resistance (Gedenkstätte Deutscher Widerstand) is a memorial and museum at the district Mitte in Berlin. It is situated at the historical place where Colonel Stauffenberg and other members of the failed 20 July plot attempted to assassinate Adolf Hitler.

In 1952, the relatives of the resistance members initiated the placement of a cornerstone for a memorial at the courtyard inside the Bendlerblock. The Berlin senate decided in 1967 to build a memorial and education center to inform about the resistance against national socialism. In 1968, the first permanent exhibition was opened.

Since 1989 the permanent exhibition of the Memorial to the German Resistance broadly documents the motives, aims and forms of the fight against the national socialist dictatorship as a central reminder at the Federal Republic of Germany. It is located in the historical rooms of the events in 1944 since then.

Since 1993, the Federal Ministry of Defence has its second official residence directly next to the memorial.