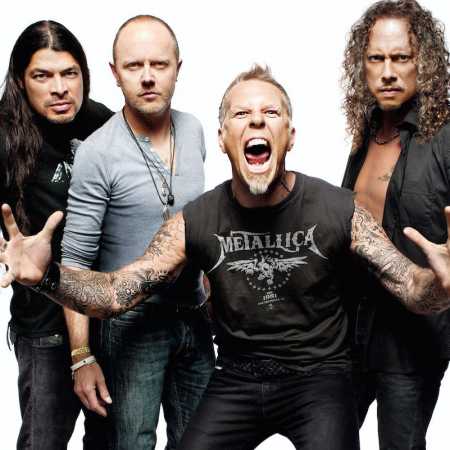 Metallica is an American thrash-metal band founded in 1981 in Los Angeles. The first Metallica album is characterized by fast tempo songs, its aggressive style, and musically challenging compositions. Metallica is included in the “Big Four” of thrash metal, alongside Megadeth, Slayer, and Anthrax. The group was put together by an ad in the Los Angeles newspaper, which was placed by drummer Lars Ulrich. The group consists of the lead guitarist Kirk Hammett (who joined the group in 1983), bassist Robert Trujillo (member since 2003), along with founding drummer Lars Ulrich and the singer and rhythm guitarist James Hetfield