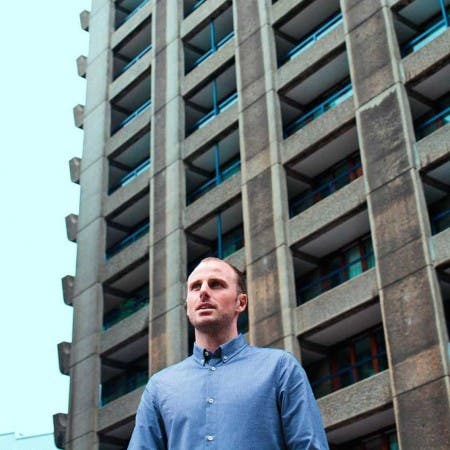 Midland is a DJ, Producer and Record label owner from London. Through his productions, DJ sets and record labels, Midland’s output comes across as unassuming and surprising in equal measure, at once subtle, refined and totally raucous.

Midland’s production style has nimbly evolved from one record to the next. Your Words Matter, his collaboration with Pearson Sound (then Ramadanman), set the tone for his long-lasting relationship with Aus Music: stripped-back, garage-flavored house. Soon after, though, he flipped the script, joining forces with Pariah for a scuffed-up techno EP that formed part of the Sheworks series on Karenn’s Works The Long Nights label. This dark turn continued on what may have been his breakthrough track, Trace, a warped after-hours tune that seemed to emanate from the deepest corners of the subconscious.

In 2013 he launched his label, Graded, with the double A-side of Archive 01 and Realtime, both of which became seminal tracks on dance floors around the world that year. In 2015 he released his first EP on his newly-launched ReGraded imprint. Midland has also worked on plenty of one-off projects over the course of his career.

For all of these efforts he has received a steady stream of accolades, but it’s possible he’s made his biggest impact with the other side of his craft: DJing. Delivering his kaleidoscopic taste with a mixing technique that nods as much to his British lineage as it does to a smoother European style, he has distinguished himself with sets as classy as they are utterly party rocking.