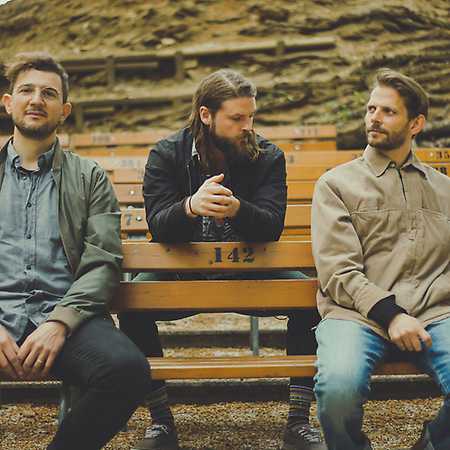 Mighty Oaks are an indie/folk rock trio made up of Ian Hooper (US), Claudio Donzelli (Italy) and Craig Saunders (UK). They formed in 2010 and are based in Berlin.

In the summer of 2012 they self-released their first studio EP Just One Day distributed through Rough Trade Records. In support of the EP they toured with Shout Out Louds in Europe, opened the Waldbühne in Berlin for Kings of Leon, and joined bands such as Chvrches on the Introducing! tour of Germany put on by Intro Magazine. The band later played a sold-out tour of Switzerland, Austria, and Germany in the fall of 2013.

In early 2014 they released their first LP Howl on Universal Records.The album peaked at No. 10 on the German chart, with several singles charting as well. It reached the top 10 on the charts in Switzerland, also charting in several other European countries.
Major festival performances from 2014 included events such as the Melt! Festival and Dockville in Germany, the Montreux Jazz Festival in Switzerland, Latitude Festival in the UK, Slotsfjell in Norway, Way Out West in Sweden, Exit Festival in Serbia, and Valkhof in the Netherlands.